Maria's Linky Launch of 'Postcards for The Weekend'

4100 - I chose this monochrome example, sent to me by Danielle in Nebraska, because it has two of my favourite themes in one- books and cats.  My only problem is where do I file it - with my books postcards or my cats ones???  The cat looks just like a stray which adopted my Mum (and Dad but I;m not sure how much say he had in it).  In fact, my Mum didn't have much say either - the cat just came into the house and never left!  She (the cat, not my lovely mum) was a really bad-tempered creature and any close approach resulted in hissing and outstretched claws.  My Aunt's poodle which made the mistake of investigating this black blob on the cushions got a battered nose for his pains. 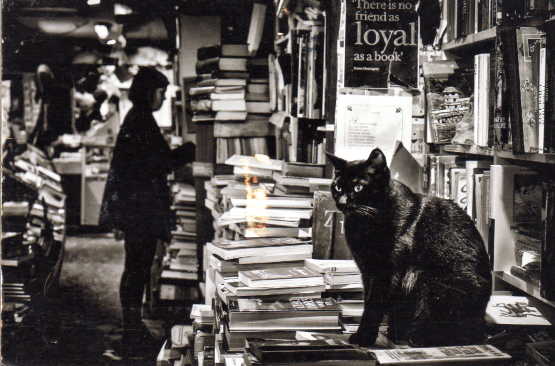 4118- My brother, GB, recently sent me this black and white photo of the Paddle Steamer 'Ivanhoe' taken in 1912 at it left the Broomielaw.   The Broomielaw is most famous as the place where thousands of Glaswegians boarded steamers to go 'doon the watter' for a day trip or seaside holiday.  Passengers boarded one of the elegant paddle steamers heading for coastal resorts such as Largs or Dunoon, and Rothesay on the Isle of Bute. The number of steamer routes meant affluent business people could commute, working in Glasgow during the week and joining their families at their country villas for the weekend. 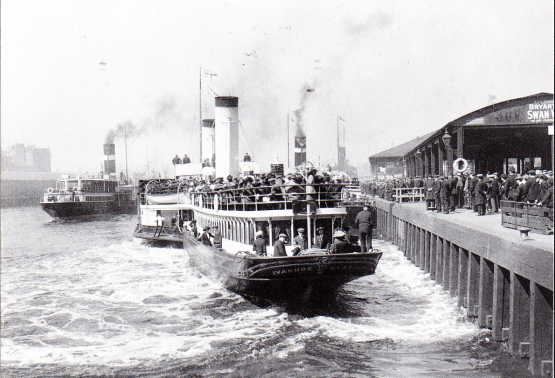 I'm joining Maria's Linky Launch of 'Postcards for The Weekend' at Connections to the World - an invitation to all postcard lovers to share their cards - this week's theme is - Monochrome.  Next weekend's will be Bright Colours.  For details of the launch see this page on Maria's blog.  All postcard bloggers are invited to join.

Welcome. I love it when visitors comment - even if it's only to say "Hi, I've been here!" 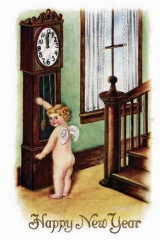 My Blog of clock postcards and mail art.

My First Attempt at a Postcard Blog